The Creative Studios of Le Fix is located in the centre of Copenhagen.
Le Fix was founded by Benny Kusk, Rasmus Jacobsen and Jesper Holm.

”Le Fix is an international lifestyle brand, founded in 1999 out of love for art and clothing.
We are a group of artists, designers and creatives with strong roots in Copenhagen,
exploring the creative space with freedom to unfold the individual and
mutual potential while balancing the fine line between fashion and art”

One of the founders Benny Kusk introduced us to his brand, since it is not very well known in Finland.
The brand Le Fix is known globally, but it never gained the popularity in Finland that it enjoys in other countries.

The creative studio of Le Fix had many experimental art works in it,
including this little house which was brought from Benny’s roof.
They also had some steamy waterfall and some reflective 3D picture projector, all made by them.

”The Le Fix lifestyle stores are founded on love for art and clothing offering the best of both worlds and
celebrating the small moments with our customers.”
–Le Fix Website

This Le Fix store is situated in a small courtyard,
when we visited it was impossible to see the building’s façade,
because they were organizing a party that evening to celebrate their 20th anniversary,
and had invited quests from Copenhagen fashion week.

Once we went inside the store, it looked much bigger than its square footage,
because the items were hanging loosely and you could see that the pieces were very well curated and though out,
they were also displayed with care.
The concept behind the store was also very nice, all together they had four floors,
in which two housed mainly clothes, the third had sort of library,
art and you could buy spray cans and the fourth floor was their showroom.

Instantly when we walked into the store it felt like we were friends that they haven’t seen in a long time,
the staff was unbelievably nice and welcoming,
we chatted a good while before we even started to explore the store and they encouraged us to see everything.
Which was good because the goodies were at the higher levels,
and without the subtle push from the staff we might not have went upstairs.

Le Fix did a collaboration with Disney on the Star Wars -saga and we found the original, signed artwork from Benny at the store.
One of us is a massive Star Wars fan so naturally it came home with us.
Also you can clearly see the influence and starting point for this brand represented throughout the store,
there are also some original graffiti art for sale,
the Le Fix mascots are everywhere and the possibility to buy spray cans.

It’s all about the stories

Is the newest story addition to Le Fix collections.
The idea behind Imaginary Success is pretending the success,
not facing the success. 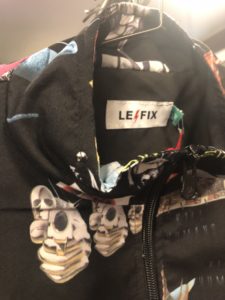 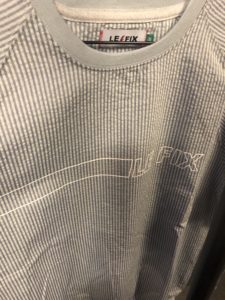 ”Having lived half of one’s life in a creative capsule without the Internet,
where inspiration and input were limited to one’s own and close circles’ personal and analog surroundings,
one has experienced a change in both society and state of mind.”

”Today, on the contrary, we have a huge range of opportunities for mass communication,
and everyone has eyes everywhere.
It makes it hard to stay under the radar at any stage of a creative process before the final result is displayed to the public.” 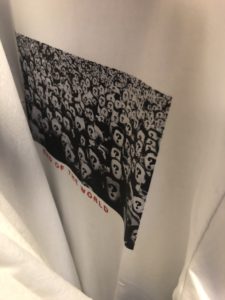 ”Le Fix’s Core Project are based on simple designs, making room for a heavier quality.”

‘‘ Let the items be the core of your wardrobe and build your own personal style around it.” 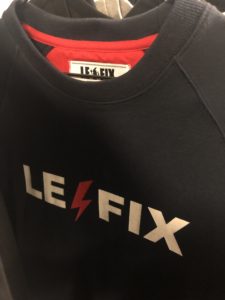 Karhu seems like a strange collaboration for a company that is not so well known in Finland,
given that Karhu is a Finnish brand, but there actually is a connection.
Paavo Arhinmäki, who is a Finnish politician and an ex minister for culture,
is a good friend of Benny’s. It is a little known fact, even tough he doesn’t hide it,
Paavo has a background in the graffiti circles and that’s how they met.

The profits of the Star wars collection went to charity.
Even though, Benny Kusk draw all the art work himself,
Disney has the rights for them and they own them all.