Tuesday 2nd of October was the official starting day of the Brussels trip and the day when we visited Parlamentarium. Parlamentarium is Europe’s largest parliamentary visitor centre. It is located at Espace Léopold complex and was inaugurated on October 14, 2011 by Jerzy Buzek- former President of European Parliament.

The museum starts with the early history and first steps towards the creation of the European Union. In the entrance we were provided with an audio guide available in 24 languages which was our companion for the whole journey. Information in written text could also be accessed by just pressing the “i” button. This interactive tool makes it possible for children, deaf and blind people to enjoy the museum as well. 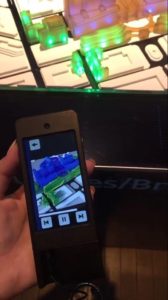 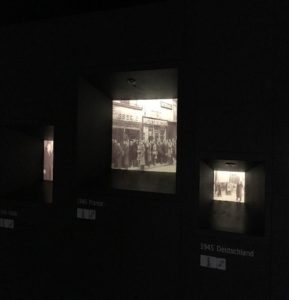 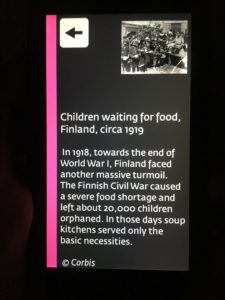 The walls of the main hall of the Parlamentarium are filled with famous testimonials from political figures that played a key role in the creation of today’s European Union. One of them being “We must build a kind of United States of Europe. In this way only will hundreds of millions of toilers be able to regain the simple joys and hopes which make life worth living” by Winston Churchill on September 19, 1946. Following the testimonials, we entered a room full of EU documents, treaty tables and translucent glasses that showed each country’s entry in EU by year, name, and geographic position. 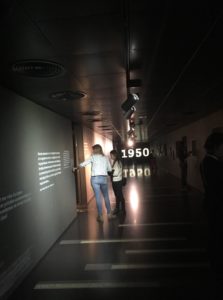 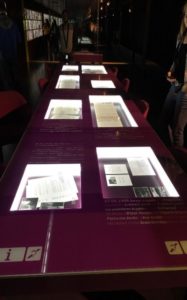 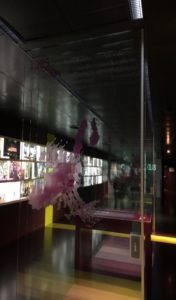 In addition, popular events from all around Europe were presented. This place really took us through a walk down history line starting from UK’s participation in Eurovision in 1974, Spain establishing its constitution in 1978, Romanian demonstrations in 1989, Bosnian conflict in 1993 to Germany’s Love Parade in 1997 and Kosovo ’s independence in 2008.

And it didn’t end here!

We were introduced to the current 751 Members of the European Parliament and their political parties. Moreover, we had the chance to get an insight into the legislative process and get answers to our questions. 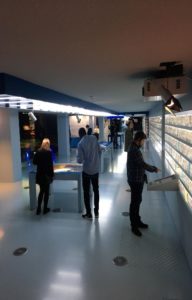 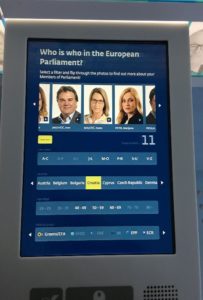 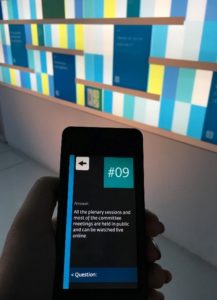 As you can see from the photos below, Parlamentarium offers a very innovative and unique design of multimedia elements incorporated in floor maps and glowing globes that make the subjects of international trade and election observation more interesting and entertaining. Besides that, this is a great place to take cool pictures! 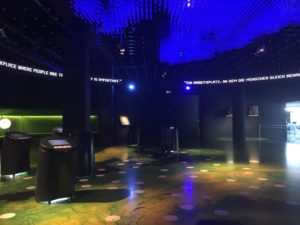 Our visit ended with the 360 scale room. We sat and enjoyed a session on the current topics of EU feeling like a  “member of the European Parliament” and learned about how EU impacts European citizen’s life on a daily basis. 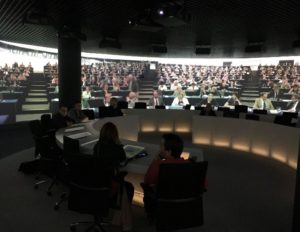 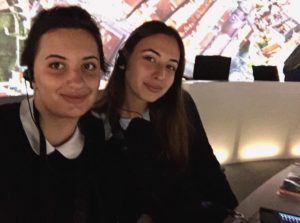 Coming from a potential candidate country in EU such as Kosovo, this whole experience was profoundly eye-opening, impressive and most importantly educative. We would like to thank our professors Annaleena Kolehmainen and Annikka Lepola for organizing this trip and our classmates for making this trip an unforgettable one.