My thesis is ready and now it’s time to show off what was done. My thesis was the first of its kind made for the Design Factory. The aim was to make a working prototype of smart workwear which will measure pulse and temperature in near proximity of its user. Then the data gathered would be sent to an end device for the user to observe. So, where will the data be sent? To an Android native mobile app made as a part of the thesis. So, a lot was expected to be done. So how did I do, you may ask? Very well! The project was a success and a working prototype along with the app were engineered.

How was it all done? 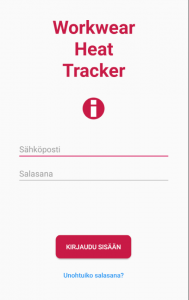 With blood, sweat, and tears. Just kidding! Working on this project was really fun and I learned a lot. It demanded hard work without a doubt but nonetheless, I really enjoyed it. At first, I had to get to know the theoretical side of the components used in the project. I had never used Arduino or LilyPad before and Android was new to me as well.  I had to learn it all from scratch. Luckily, I got as much help from Design Factory as I needed. To get started with Android programming I went and bought a course from Udemy and started the learn. With Arduino I looked into projects done by others and kind of dabbled with the IDE to learn the syntax. Ones I got the hang of Arduino and Android working with the project became quite easy. Meaning that the logic became clear and I got into the zone so to speak.

I started to work on the app first because I thought it would be the hardest part of the project and turned out it was. I wanted to make the app pretty and followed the good user interface guidelines, so I guess I also made it to be the hardest part.  Ones the data reaches the app it is being saved to the Firestore database. I compared a few database choices but went ahead with Firestore because it offers more than just a place to store data. User authentication just to mention one.

With Arduino I searched similar projects and implementations and worked with what I found. Fortunately, there was a lot of documentation and I found good examples that I was able to use in my project as well. The data transfer was hard, and I frustrated many times. I thought I have the code right. There were no error messages but still, the data didn’t transfer from the prototype to the app. I could not figure out what was the problem. Thankfully I got help from Design Factory. Turned out I was missing a teeny-tiny step from my code. Ones the syntax was fixed, the prototype worked as intended. It’s alive! 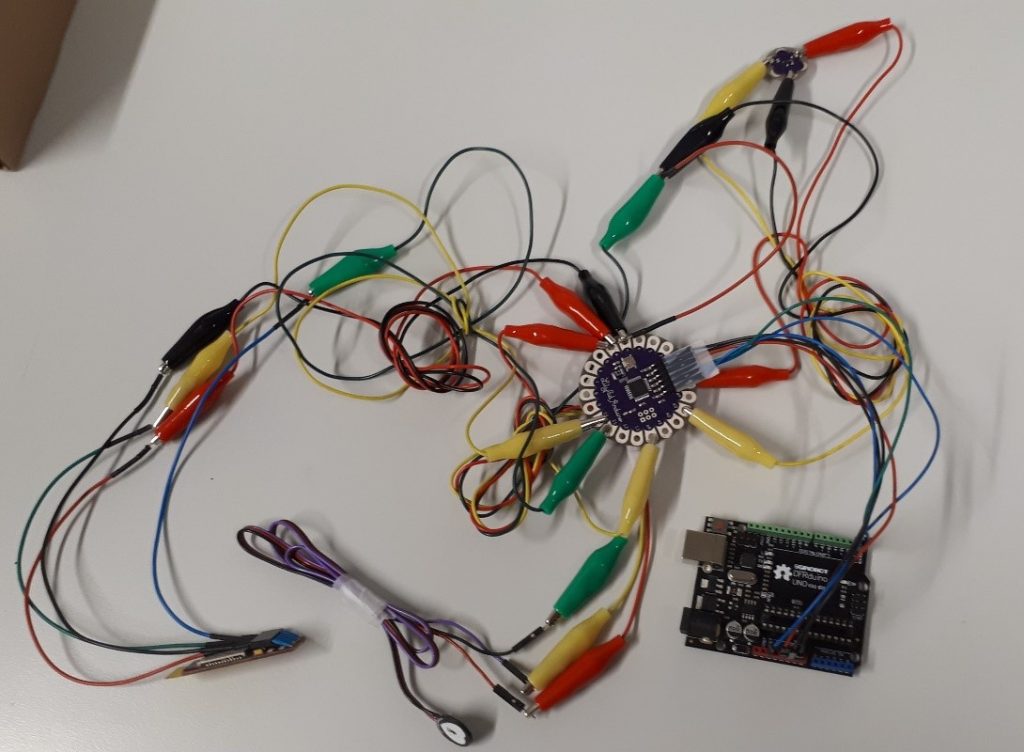 As was said earlier, the project was a success. The prototype has real potential to be developed further and I looking back I can hardly believe that I made it. When I started with the project I thought to myself that I may have taken on a little too much but then again one always should try to challenge themselves. I am happy to say that I am very proud of what I made and if the opportunity to work with Design Factory should arise again, I would jump into it without a doubt!

Link to the thesis work (only in Finnish)