We are being lied to everywhere and all the time. Admittedly, on a moral scale there are varying degrees of lying: white lies are a part of social interaction, and we have all been guilty of sugar-coating at some time or another. We all know advertisements are all lies, yet we fall for them. Intentional, malicious lying, deception and fraud are things that happen to other people.

In the constant bombardment of falsehoods, we are required to question and evaluate the messages we receive, to find facts behind half-truths. Here are five examples of the various ways in which people try to influence us. For more examples, see our list of further recommendations.

Lakhani has written this book as a guide on how to improve your sales – whether you are selling physical things or abstract ideas. He relies on human subconscious, on emotions and beliefs. He talks about things like propaganda, legend, belief, experience, and the power of words. I would be very careful when reading this book; though Lakhani’s thinking is sound, it is just too persuasive for comfort.

I recommend you hide this from all future and present marketers (As if they did not already know all this).

Gladwell, M. (2019). Talking to strangers: What we should know about the people we don’t know. [London]: Allen Lane.

We have a social need to trust our fellow human; trust is, after all, a basic requirement for creating a society. So, we instinctively trust strangers, even when we really should not. We also interpret gestures, expressions, and functions of others based on our personal experience, and thus often get it wrong. Gladwell describes several cases where these misinterpretations have had dire consequences. Are we doomed to repeat the same mistakes over and over?

Recommended for all who want to challenge their preconceptions.

This is a cartoonish take on science denial myths such as moon landing and evolution, fracking and climate change. Admittedly, the book has been created for the American market (for in Europe, we accept all this science as fact – don’t we?), but it is a great example of how effective visual presentation and calm logic can be.

Recommended for all who enjoy the clarity of scientific fact. 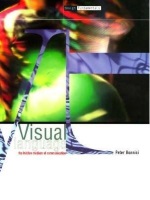 It is said that one picture tells more than a thousand words. But it is not only pictures that communicate, also elements like colour, proportion, letterform, shape and texture that can be used effectively to convey a message. Bonnici’s book is an exploration of visual language and how it can be used to achieve the desired effect.

If I described this book as a treatise on linguistic choice in persuasion, would you want to read it? What if I told you that this is a book on the power of words? For words matter, whether you drill for oil or explore energy sources. Doctor Luntz’s thesis is that you need to tap into emotions in order to make people both think and act. He states ten simple rules of effective language and illustrates them with examples from American business and political life.

Recommended for all fascinated by the complexity of human language.

For more titles, see our list of further recommendations.