Jenni Kämäräinen is a third year student of Business Administration at HAMK. Her exchange destination is the Vorarlberg University Of Applied Sciences in Austria. Here she tells us about experiences on the preparation for the exchange.

What was the process for choosing your destination for the exchange? What countries did you shortlist for your exchange and how did you zero down to the one that you will be going to?

The process of choosing the school I wanted to go study at began with reaching out to one of HAMK’s international coordinators Annina Herala-Hemmilä,  who helped me with the whole process of choosing the destination. So first I looked through the partner schools that are working together with HAMK. After that I picked  2-3 countries that were   interesting for me and looked through the websites of these countrie 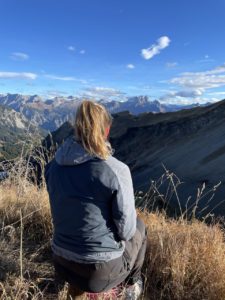 I wanted to see which kind of programmes they were offering and how demanding the courses would be. In the end I chose the school that had the clearest website, and all the information was easy to find in English because that created security that the people in this country know how to communicate in English. The countries that I would have liked to go to were Italy, Belgium and Austria but the country I chose was Austria because of the location in central Europe and also because I could find the information on their website so easily, also I wanted to see the mountains of course. I also wanted the country to be a European country, so for example in case of health issues, I would get same treatment with the same amount of money as the local people do.

What were you looking forward to the most from your exchange period?

I was mostly looking forward to meeting new people and getting to know new and different cultures as well as gaining some new skills, e.g., English skills and professional skills related to my studies.

What preparations did you make for the exchange?

I had to make a list of all the things I would need to take with me to the exchange destination. For example, all the documents, Covid certification, insurance and plans to buy the plane tickets early enough so they would be cheaper. I also had to look if I would need a new addition to my phone connection so it would work outside Finland too, and I had to make sure that my bank card would work in other countries as well. One of the topics on this list was also to consider which type of clothing I would need to take with me (both summer clothes and winter clothes because I would be spending the autumn/winter semester in Austria.) 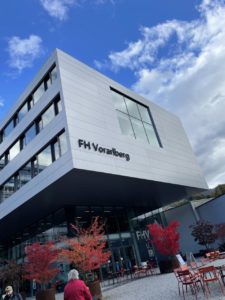 The application process was surprisingly easier than what I expected it to be. First, I had to apply for the exchange just by filling in one application and then I had to write a motivation letter and that’s it. But after I got accepted, I had to do another similar application for the school in Austria.

How did you choose your courses?

I actually wanted to select courses that I hadn’t taken already at HAMK. At HAMK I am focusing my studies on financing and accounting, so I also wanted to take some courses related to that, for example early-stage financing course. But all the other courses were more about leadership, human resources, and international business management in general. I also wanted to learn a new language, so I chose to study German a little bit, also because German is a big business language nowadays.

When did you leave for the exchange? What is the time-period of your exchange?

My exchange semester started on 23 August 2021 and ends on 16 December 2021. I flew here almost a week earlier just to get used to the place before school started.

Have did you manage to find an apartment?

I found the apartment and I think it was easier than what I expected because the school where I was going to had sent me very informative emails about the apartment arrangements. They sent a list of apartments that were available for students and there you could see the locations of the apartments, what they looked like and how expensive they were. After choosing one, I had to send an application for the apartment and then later I received confirmation and had to pay a deposit payment – that’s it. 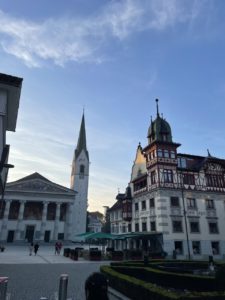 Did you get an Erasmus grant for the exchange?  Did it cover your living costs there? Did you get any Kela financial aid for your exchange period abroad?

I did get an Erasmus grant for the exchange, and I think it is a good amount of money, but it only covers the food costs you will have every month. So, it is definitely good to also apply for Kela financial aid because that will for sure cover your rental costs every month. And if you want to do something else besides studying, you should have some money of your own for that.

How did COVID affect your exchange plans and subsequently your future plans of going for it?

Covid didn’t actually have that big a 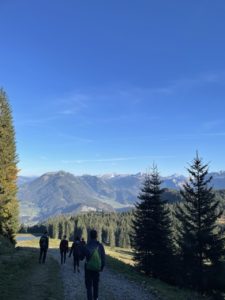