In the last 3 months I’ve been developing a research project with Häme University of Applied Sciences, Finland. It was awesome! I generally avoid superlatives, but it’s hard to synthesize my experience in another way: it WAS awesome. If you are interested in continuing the reading, I’ll share a little of what I saw and sensed here, enjoy!

It goes smoothly among the people, excellent to short distance routes. But you are wrong if you think that this new transport model is just a fancy AI prototype: here urban mobility is taken very seriously, and examples of it are all over the city.

In the central station of Oslo you can take a train, metro, or long-distance bus. Right outside the station it is effortless to get on a tram or a city bus. All of them with good quality and frequent lines, of course. That kind of integration is common all over the Nordic countries, actually. In Kamppi Station (Helsinki) there is one more curiosity: each logistic modal is in one subsoil, and on top of it there is a mall. But public transportation is just part of the urban mobility plan: it is very easy to go anywhere by bike, scooter, or walking, and the population uses those transport options massively. The cities are planned for humans to dwell, not the other way around.

In Hämeenlinna I visited Häme Castle and Military Museum. That allowed me to dive a little deeper into the Finnish culture, but it wasn’t because of the historical depth of those two places. Tolstoy wrote once that “All happy families are alike; each unhappy family is unhappy in its own way”, and I will have the artistic freedom of adapt it to the context of wars: every winner is alike, but each loser… loses in his own way. I will explain it, my dear reader, but first I will briefly describe those places. That castle, built around the 13th century, has served most of the time to non-military purposes (like a granary, bakery, and prison), except for the 3 times that it was surrendered without resistance to the Russian Empire. However, nowadays inside the castle there are almost just swords, armors, and other war-related items. 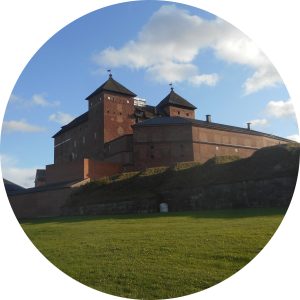 About the museum, well… patriotism is important, and I understand that it helps to define the national identity, but we need to be careful with it. Patriotism can’t glorify war, blood, death, and disease: there is a blurred line that should not be crossed. The history should be faced as it was, the historical sites should be preserved as they were formerly, and the ultimate objected of every museum should be to educate and to develop a critical understanding of the world. What I’m saying applies more to the overall Finnish mindset than to the museum itself, that is actually historically precise, ok? 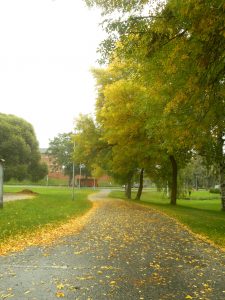 For the ones who don’t know me, I was born and grew up in Paraguay, a country that was devastated 150 years ago by a war against Brazil, Argentine, and Uruguay. We had an extremely bloody war against Bolivia 90 years ago, which is sometimes called The War of the Thirst. We are also very proud of the courage of our people, and of our “sisu” (a Finnish word that means something like “resilience”). I do not intend to compare how the Paraguayan and Finnish culture evolved from its own defeats (and that is so complex that will need much more this simple text), but my advice for both countries is the same: don’t confuse history with fiction, lets be sincere, and perhaps we can learn something and don’t repeat the same mistakes of the past. For the Finns that are reading this: I’m just a foreigner that arrived in this beautiful country three months ago, please don’t take me too seriously. 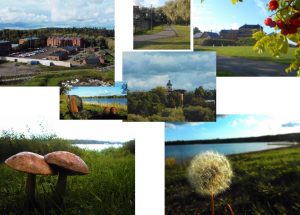 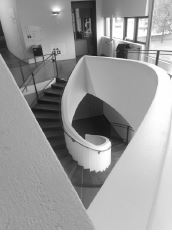 The Finnish capital looks like a simple town: calm, organized, clean, secure. It’s just bigger. Of course that with more inhabitants some social problems are unavoidable, but generally they are very well handled. There are plenty of museums, parks, and churches but, for me, the best thing to do in Helsinki is simply… walk. Feel the city, admire the old buildings, drink some coffee, look at the people. Helsinki is not a city to be remembered in terms of how many touristic places you have visited, but in terms of how much you were able to mingle with it. 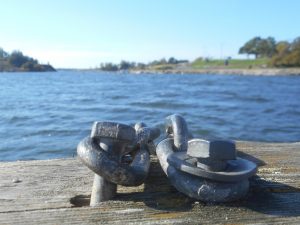 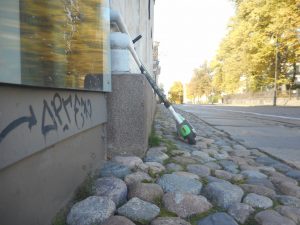 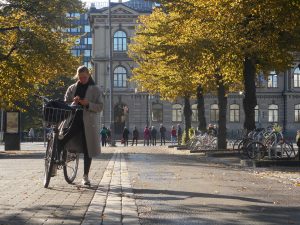 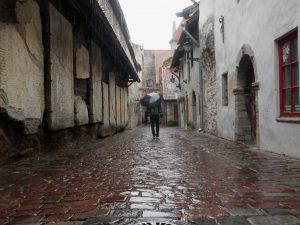 I visited Tallinn with a substantial bias: an Estonian friend had done a lot of positive propaganda about her homeland. However, I visited Tallinn in a not much favorable moment: it rained all day, it was cold and windy, most of the museums were closed (because it was a Monday out of tourist season)… but I loved Tallinn anyway. That city is incredible: in one corner you feel like in a medieval burg, in the other like in a prominent renascent town crowded by merchants. If you walk a little more, you will discover a modern and innovate city, a European Silicon Valley. In the end, that friend gave my photos the most positive feedback I could receive: that they made her homesick. 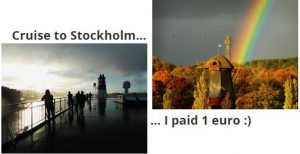 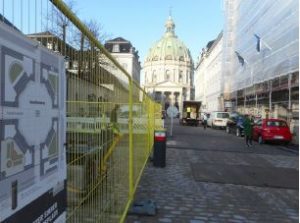 ”We apologize for the inconvenience, our church is under reform”.

But just for tourists, I think, because in the Nordic countries religion is not much of a trend, and churches/mosques/temples are generally only used for non-religious purposes. 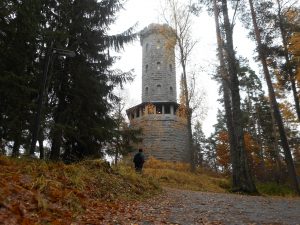 Finns are introverted (alert: this is a stereotype), but they do a lot of outdoor activities: they are the most physically active nation in the EU [1], actually. The day I took this picture it was a cloudy and humid day, but I saw a lot of people running, cycling and walking in Aulanko park. 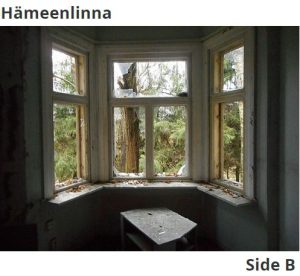 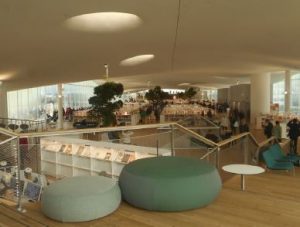 The first library I visited in Finland, Oodi, fascinated me: one floor is a cozy cafeteria, another has a maker space open to the community (with 3d printers, lasers cutters, poster-size printers, and much more), and just in the third you’ll find some books. And only some books, because most of them are stored underground and retrieved/returned by robots when requested by the users, what opens space to a comfortable reading area. 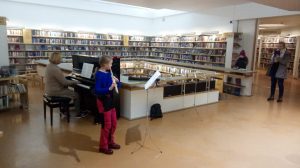 In Rovaniemi’s library they frequently have small concerts from the local children’s music school
or others “silence disturbing” activities. In Tavastia Upper Secondary School the study spaces
were noisy and full of possibilities to perform activities beyond sit and read. Wrapping up:
libraries are made to develop creativity and build new knowledge, and not only store
knowledge in dusty books. 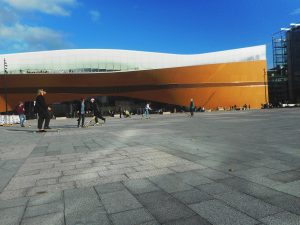 I heard a lot about Nordic Design, but most of the time applied to furniture or clothing. Brief description: simplicity, utility, and nature-inspired. Those core ideas are deeply rooted in the
Nordic mindset, in a way that they manifest themselves everywhere: work spaces, classrooms, restaurants, metro stations, and so forth. I consider those libraries I visited just a manifestation of this mindset: a human-centered space, designed to serve the purposes of the modern society. A place where one can do what needs to be done, with little protocol, without complications, just take the book/materials you need and be productive. I may be overthinking and trying to take several different phenomena to explain something very simple (a good library), but well… at least I put on paper some random impressions about Finland. 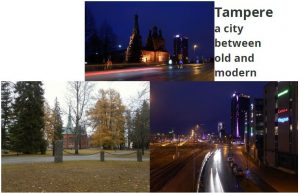 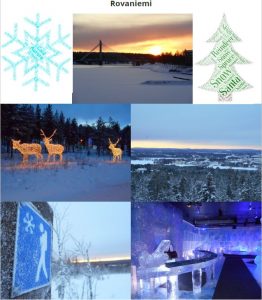 Sometimes it seems that you can say that here there are unicorns in the streets and people will believe, as if this is a magic land where everything is perfect. Everything works in an organized manner, but if something goes wrong… Jesus Christ, they don’t know what to do!

Finns were again chosen as the happiest people on earth. They really have a pictorial satisfaction with life, but very easily that slips to some degree of laziness and self-indulgence. They will say that Finns are cold as ice, but here I found statistically significant samples of receptiveness, people caring about each other, and warm hearts ready to make your day a little better. It’s said that Finns are basically mute human beings, while they chat almost as much as Brazilians. It is a different talk, more direct, and a Finn will not ask you something unless he wants to know the answer.

Food is not that bad. It’s just simple, and mainly made out of Northern ingredients. In a time where all becomes ”American”, with too much of everything (I’m not talking just about size), we should value the ability to make tasty food with simplicity.
Thanks Finland, I appreciated your food with the mouth and with the heart. And of course that ’internet’ includes Swedes and Russians, from which you’ll read that Finns are the weirdest things Mother Earth created. They are wrong, but do not think that Finns feel slighted by that adjective: they took it for themselves and now are eager to show the world how crazy and different they are. They will not think twice before exhibiting unique Finnish sports (like wife carrying or cellphone throw), how frequent they go to sauna and beat themselves with tree branches, how they enjoy swimming in frozen lakes, and so forth. Sometimes I don’t know where ends the Finnish culture and begins the pure joy of beating Swedish/Russians in their own game.

The education system is good, but even in primary and secondary schools (the caviar of the Finnish education system) they generally don’t get the expected results, like interested and proactive students. They claim that Finns will panic with any physical proximity less than one meter, but… Ok, that is true, but I found out that Kaija Koo concerts seem to be one of the exceptions. They even say that you can carry a conversation in Finnish just with ’no niin’ [2], but I tried and the results were terrible!!!
Except when talking about Finns, Finns generally don’t lie much. It would be a lie to say that they don’t lie, but would be an omission to not point out the honesty of the average Finn. Of course, they also cut queues, cheat, and lie, but no one lies when saying that they hardly lie. What the heck, that’s becoming confusing, but the important point to take from here is: they are very honest and will be direct about what has to be said.

I lie about Finns!

Do not trust in everything you read from me. The main thing I want to say with all these examples is just that Finnish culture is just like any other culture in the world, with positive and negative things. This should be obvious, but I saw so much bullsh*t, so much “mythification” about Finland, that is good to reinforce the obviousness. 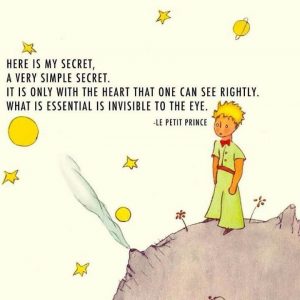 Leonardo Santiago Benitez Pereira is a student of Electrical Engineering at IFSC, Brazil.