Toronto raised Ben Kärki is a second year international business student living in Valkeakoski, Finland. The Canadian has always loved the world of business and seeing his mother travel the world with her career was a strong influence for his decision to study for an international business degree. Finland was an easy choice for him, given that he has some family members there, but also because of the reputation that the Finnish education system has.

– I was influenced by the outstanding reputation that Finnish schools have. I applied on the website and surprisingly enough was asked to attend an interview followed by an entrance examination. Thankfully I was accepted and was able to begin my studies in Finland, Ben tells. 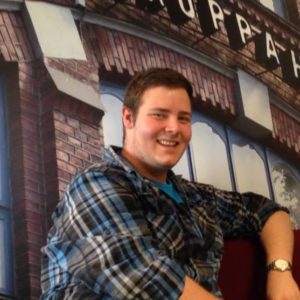 Ben admits that the change from a North-American lifestyle to a Finnish one is incredible.

– Finnish people tend to have strong values in terms of honesty and respect. The biggest difference between the two cultures is the amount of personal communication that occurs. Finnish people don’t often feel that they need to speak, and at first the silence can be awkward. They are quiet until you break the ice and then they never stop talking! After a while it starts to grow on you!

How about the country itself?

– Finland is a completely civil community. They enjoy spending time with their family and friends. They also are hardworking and dedicated people! I personally think the welfare is comparable to any other major European country, Germany or Netherlands for example, Ben says.

Surprisingly, switching from a large metropolitan city like Toronto to Valkeakoski, a very small city 20 miles south of the country’s second largest city Tampere, with a population of 21,000, was still easy.

– It is a refreshing change to not be woken up by car horns and police sirens! The biggest culture shock was when I couldn’t reach my teachers during their summer vacations! Finland tends to shut down during the summer months, and it was difficult at first to cope but at this point I can really see the benefits of a month long holiday, Ben says.

How about the language?

Language is obviously one of the biggest concerns for people considering studying in Finland. After all, Finnish is one of the most difficult languages in the world to speak correctly. However, Ben assures that it is not imperative to speak the language perfectly.

– Thankfully with a little perseverance it is easy to communicate with a small amount of Finnish knowledge. I wouldn’t say that not knowing Finnish should be a deterrent for any prospecting students, but of course it does help. HAMK offers three courses in Finnish during your studies as well as more elective courses if you choose to take them

Ben also assures that it is possible to cope with English in Finland. Outside of school, that is.

– It is unrealistic to come to a foreign country and expect everyone to speak your language. Thankfully young people will most likely be able to speak enough English to be able to hold a conversation.

“The Finnish education is the best”

As mentioned before, the Finnish education system has an excellent reputation across the globe. But did it live up to its reputation?

– Personally my expectations were extremely high. Coming from North America my expectations were that I would need to live and breathe my school work and that the competition would be extremely high. Finland surpassed my expectations in a completely different way. It has changed the way I look at other educational systems because it is the best. In Finland they offer a different approach to studying, they encourage free thinking and creativity to allow you to deliver your best work. It is surprising how much time is given for assignments, and how much they expect you to include your own personal thoughts and opinions. It is an extremely different approach to North American learning in the best way possible, Ben compliments.

After hearing this kind of praise, it surely sounds like the costs of this kind of education must be high. Reality is quite the opposite:

That being said, Finland’s cost of living are more expensive compared to North America. But, if you’re willing to adapt, you will find that it is not actually that difficult to manage.

– If you are capable of adopting a Finnish lifestyle complete with the Finnish diet than you will be spending less money than you would eating an American diet. Thankfully it only costs about 400 € per month for me to go to school here, Ben explains.

International Business programme – “a wonderful way to receive an education”

– The IB programme is extremely international with at least 10 nationalities participating in the programme every year. It is a wonderful way to receive an education. My favorite part of studying in Finland is the wonderful people I have met during my studying period. I have made international friendships that will last a lifetime, Ben says.

HAMK has great connections across the world and offers many opportunities to travel abroad to work and study.

– I have been to Sweden and a few places in northern Finland. Others have gone to Belgium, Brazil, China, Germany, South-Korea, Spain and Vietnam just to name a few.

When asked about recommending the IB programme, Ben won’t hesitate.

– Of course I would recommend IB to anyone with enough courage to move away from their current lifestyle and take on the challenge. The rewarding feeling of living internationally while completing your international degree is a wonderful experience and I would strongly recommend that everyone apply!