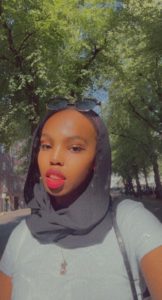 Hello, my name is Amaal Ismail, I am 20 years old from Finland, more specifically I grew up in Kerava but later moved to Helsinki during primary school years. I grew up around a big family of four siblings and there was never a boring day in our household. I am a second-year international business student, I got interested in business studies in general when I was studying in Cambridge school in Sudan. We had to take 8 subjects in total but since majority of students took Arabic and with my nonexistent Arabic skills, I decided it was better to take business as a filler subject. Turns out it became much more than that and a few years later I found myself applying to Business degree programs in Finland. Little bit more about myself, I have been to 14 countries, I speak three languages fluently and I have had a pet monkey.

STUDIES IN VALKEAKOSKI COMPARED TO ABROAD

When I got accepted into the studies in the summer of 2020, I was excited to start a new journey and move out on my own for the first time. It was a huge change moving to a small town since I was used to living in bigger cities most of my life. It took some getting used to in the beginning, but I wouldn’t change it for the world. In the first term we got to study in campus which was vital to meet new people and see the study environment which I did. It was nice to spend those first two months in campus to be a part of many projects and kind of get a chance to reinvent yourself. Even when we had to switch to online classes which was a hard transition but with time it became the new normal and still managed to pick up on new things and even organize international day which turned out to be quite the success. Studying online became the new normal and with time it became smooth sailing. fast forward to the new year where we had to go back to campus learning became a new obstacle to overcome after so many months of online classes. 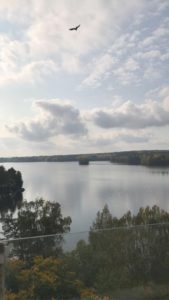 whereas studying abroad differentiated a lot from studying in Valkeakoski, I am glad that I had the opportunities to get to know so many people and cultures. I studied in Sudan for 2 years and apart from the scorching heat wave it taught me so many things. At first, I was excited to be living in a new country without my parents although I was living with my older siblings. Studying new curriculum seemed intimidating in the beginning but after all the anxiety had passed, it wasn’t so bad. All I had to do was to focus on the studies and ask the teachers for help if I needed and after midterms turns out I passed with flying colors. Understandably we had less group work, and all of the grades were based independently which meant you had to work twice as hard to pass since the subjects weren’t easy. Moreover, we had many projects and trips to go sightsee the country and base our projects on it and even compete on an international level. After Sudan I studied in Kenya where the studies got tougher, but the best part was that my school was right next to the national park which was inside the city. We would see giraffes and other animals casually through the class windows. it was a nice distraction in case you were falling asleep in class.

The plans can always change but after graduation I would naturally work for a few years, hopefully in a new country that I get to discover which ideally would be somewhere in Europe this time around. Somewhere warm all year long would definitely be a plus. but working here in Finland is always an option as well. My plans also include getting my master’s degree, I have few specific ideas in what I would do my masters in, but it can of course change along the years. Furthermore, I would like to travel more in the upcoming years and have a chance to go see more countries and continue meeting new people and making friends for life.