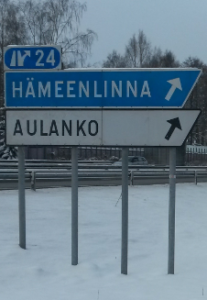 The Freezing Week 2018 took place from the 5th to the 9th of February 2018. Twenty-four guests from 11 different countries (Austria, Belgium, China, Czech Republic, Denmark, Germany, Kazakhstan, Kosovo, Poland, Switzerland and UK) attended the event and were accommodated in two opposite hotels in the center of Hämeenlinna. At temperatures from -10 to -20 degrees, the arranged shuttle bus that took the guests from the hotels to the university and back was very convenient. 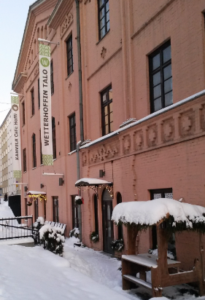 On Monday afternoon, the Freezing Week started for the most interested guests: a tour to the Wetterhoff House. At the beginning of the tour, the story of the founder Fredrika Wetterhoff was told. The tour continued and led us through the building, where the guests were able to get to know young entrepreneurs, who mainly produce handicraft and creative products. For example, there were working entrepreneurs, who were producing decorative items, shoes, a newspaper and silver jewelry. In the evening, the get-together took place. The university welcomed us with sparkling wine and snacks. After an introductory round, we had time to get to know the other guests and it was possible to make first contacts. Thus, the first exciting evening came to an end.

The official opening of the Freezing Week took place on Tuesday. After the registration, the guests got some additional information and a welcoming package. The fridge magnet in form of the typical Finnish bread, which was designed and produced by a student of the university, was a very nice gift. Besides the nice welcome, various different lectures followed. The multitude of different lectures ensured that the students get an insight into various topics. These were, for examp 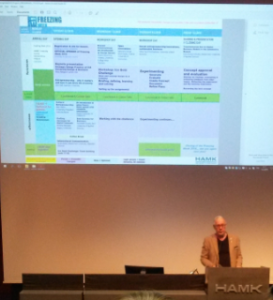 le, cultural entrepreneurship, game theory, data science for business and intercultural communication. In the afternoon, the students were divided into groups of 4 to 6 students to work on a project with a guest-professor. For this purpose, two real companies (Kultakeskus, Kultasuklaa) presented tasks, which the students had to solve. 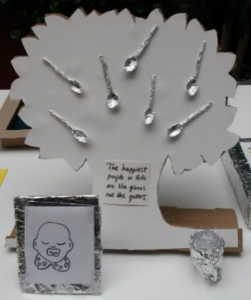 Wednesday started with presentations from the guest lecturers. The students had the opportunity to choose between two lectures that took place at the same time. Following the presentations, the workshops started. Ideas were collected and the teams designed a concept. This was followed by a creative and constructive collaboration between the students and the guest lecturers. The opinion that Finnish students are very shy could not be shared in the workshops. The students were extremely interested and motivated. Furthermore, the good English skills of the students can be highlighted. Overall, it was a great atmosphere and a pleasure to work with the students.

Thursday also started with guest lectures. After that, all groups worked diligently on the projects. In the afternoon, interested guests could attend a tour around the university campus.  They showed us different machines and a lot more. The highlight was a shoe designed by a student in which wooden bark was processed into the sole. After a long busy day, we went back to the hotel to get ready for the farewell dinner. 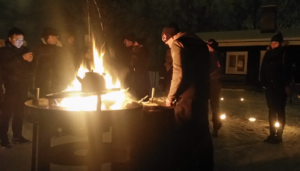 On Thursday evening the farewell dinner took place. We took the bus to the lake called Vanaja in Katajisto. After a short walk to the lake lit by torches, a chocolate drink was served while a story was told on the lake. According to ancient tradition, we wrote a request on a piece of paper, which we then had to throw into the fire under musical accompaniment. 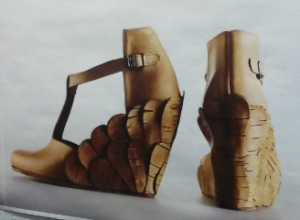 After the magical event, we all had dinner together and the guests could choose from a variety of different dishes. After the meal, the guests had enough time to chat and exchange experiences. This is how the last evening of the Freezing Week ended. 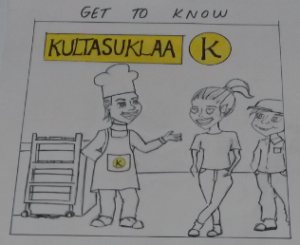 On Friday, the last guest lecture followed. Subsequently, selected student teams presented their project results, which were then evaluated by the professors and the entrepreneurs. The best projects were awarded and received a prize. With this event, a closing speech and a golden confetti rain, the Freezing week ended. After a hearty farewell, guests started leaving the university sequentially.

Finally, we would like to thank all members from the HAMK Häme University of Applied Sciences for the possibility of this great experience and a wonderful week in Finland. It was a great chance to gain new knowledge and experience. The students could get insight into cultural entrepreneurship and enhance their intercultural communication. Thus, the students who attended the Freezing Week at HAMK definitely benefit from this experience. It was a pleasure and we are looking forward to see you next year. 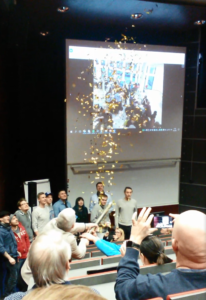