Teachers needed in Ireland – four SAPs are looking for content teachers and coaches! An email that popped up on my laptop screen on a September afternoon began with those words. I read the message and my first thought was that this is an interesting offer. It has been such a long time since my last trip abroad that the mere thought of hoping on a plane and going for a week’s trip seemed appealing. In addition, our School of Wellbeing has been working with the Irish Athlone Institute of Technology (now the Technological University of the Shannon Midlands Midwest, TUS) since the spring of 2021 as part of the RUN-EU university alliance. After several meetings in Teams, I was motivated by the idea of an opportunity to have face-to-face meetings with Irish colleagues.

We discussed the idea of going on this trip in our team and together with Merja Salminen, Head of Degree Programme, we decided to join as facilitators for a SAP (Short Advanced Programme), which was called RUN-EU Sustainable Development – Social Enterprise Challenge. This was a student challenge that would take place on TUS’s Thurles campus. Although we had already said yes to joining the program, the title and venue of the event were all the details we had at this point.

Preparations for the trip progressed smoothly at the Finnish end, I ordered a new passport, and worked on a travel plan and Erasmus documents. I explored hotel options and public transport routes in Ireland. We attended a few Teams meetings with the SAP planning team and the whole thing started to take shape. During the planning, our role as facilitators expanded into also being lecturers and representatives of the jury assessing the student challenge – a great show of confidence in our direction. At this point I started to wonder whether my own level of English would be sufficient amongst the native speakers but we would soon find out.

Learning about different cultures, customs and perspectives supports the professional growth and knowledge of both the university students and the staff in a great way. 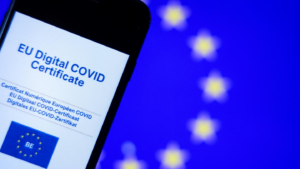 On the last Sunday of October, we fly from Helsinki to Dublin. The bureaucracy at the airports in Finland and Ireland didn’t become a problem, and it felt surprisingly natural having to show a COVID-19 passport during the trip. During the flight there was a plenty of time to go through the week’s program, schedules, and outline the content of the presentation on sustainability themes. After landing in Dublin, we set out to navigate through a rainy Irish evening to Heuston train station and from there by train to Thurles. We checked into Hotel Anner, which was our home for the week in Thurles. In addition to us, Saara Lindén from HAMK stayed in the same hotel, whilst others continued travelling towards Athlone. 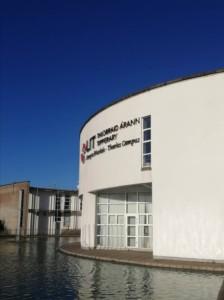 Monday morning started with the hotel’s breakfast followed by a bus ride to the Thurles campus. First thing in the morning, we met with Irish colleagues in charge of the week’s programme, as well as a group of international of students. Approximately 25 students participated in the same SAP, from first-year Bachelor students to those completing their doctoral studies, which brought its own nuance to teamwork and group dynamics. The week started nicely in the form of a campus visit as well as administrative activities.

On Tuesday, we visited the Cloughjordan Ecovillage, where we enjoyed a community mindset of sustainable development, both in the form of expert knowledge and locally produced organic food. In total, the week’s program was built on the principle of alternating collaborative learning, lecture sessions and the independent work of student teams. As facilitators, we had time for other work as the students worked hard on their own tasks. It is also worth mentioning that colleagues from Athlone travelled to Thurles for a meeting so we didn’t have to find suitable train schedules in the middle of an ongoing program. 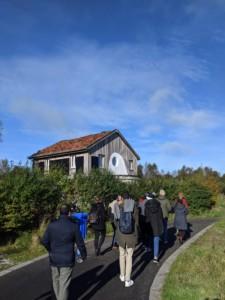 In the evenings, there was time to explore the small-town atmosphere, eat well, and listen to traditional Irish music at a local pub. The week’s work on SAP’s assignments culminated on Thursday afternoon, when the results of the teams’ work were presented, and I myself was honoured to be judging great results with the rest of the jury.  After the solution and team that performed best in the challenge was announced, we had to hurry to the train departing for Dublin and prepare for the flight back to Finland on Friday morning.

Now, a month after the trip, it is good to sum up the top experiences and share them with others. Meeting with a multidisciplinary and international group of students and exchanging experiences throughout the week was particularly refreshing. Learning about different cultures, customs and perspectives supports the professional growth and knowledge of both the university students and the staff in a great way. And despite my earlier concerns, my language skills proved to be perfectly good for great conversations and interactions. 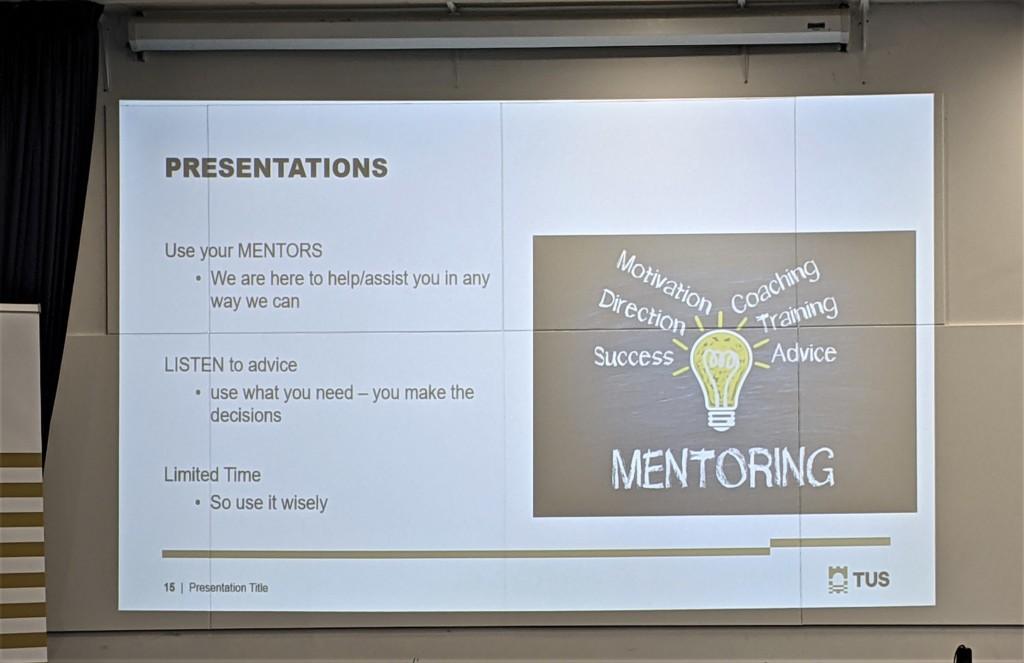 In terms of content, the SAP week put several themes that are important for the strategy of higher education at the centre of the activities. The overarching theme of the SAP was sustainable development, and the UN Agenda 2030 served as a unifying theme in the student team assignments. The Glasgow Climate Conference took place in the same week as our SAP Week, which in a way increased the relevance, timeliness, and sense of togetherness of this theme in our work as well. Multidisciplinary, phenomenon-based, and workplace-oriented approaches – all these elements were present in some form during the week. With regards to the planning, implementation, and coordination of SAPs, we got a good benchmark for HAMK when it is our turn to implement the 2022 SAP programs. After the trip, we discussed these experiences and observations together with HAMK’s student representation and international experts.

Last but not least, one of my observations from the Ireland trip was the significance of face-to-face encounters and how important they are for building cooperation. Our well-functioning remote connections and the digital leap of recent years have made it possible to provide education in a changing operating environment and in the midst of a challenging pandemic, but places and opportunities for physical encounters are still needed. When it comes to building new partnerships, the significance of a meeting over a cup of coffee at the same table is undeniable. In this sense, the fact that some students and staff go on exchanges and make new partnerships and acquaintances will, at best, increase the international capital of the entire educational community – everyone is advised to go!