In the HAMK ICT Bioeconomy Engineering study program, the engineering office concept is used for the second year students’ projects. Student teams work on the IoT project during three subsequent study modules. Some of the work is done in multidisciplinary PDP projects. During the project, the design and implementation of an IoT solution will be developed to the customer company.

Next, one Bioeconomy Engineering team gives further information about the concept and steps of their project.

The engineering office “Biospace” consisted of four students. People Counter project aimed to count the number of people walking in and out of SMBs and small facilities in order to get data out of it and utilize it for optimizing the SMB’s services as well as other further analytics. Project started within the Smart Sensors module, and it has been worked on for two full modules including both the planning and the execution of the project.

Sensors and other physical principles of the project

For project was mainly used the PIR (HC-SR501 Passive Infrared) motion sensor in addition to a Raspberry Pi 3b+ as the Microprocessor. PIR sensor has adjustable sensitivity that allows to have detection range from 3 meters to 7 meters using the 110 degree cone. Sensor also has the ability of time delay adjustments and trigger selection. Adjusting the settings the user can set what will be interpreted as motion.  Sensor has 1 GB of memory and connectivity via Bluetooth, Ethernet, or 4 USB 4.0 ports. We connected it to the RIP sensor and wrote a code to count people.

As an IoT-based project, launching our solution needed an IoT platform for our data transformation and the Visualisation and Analytics of the data. Ubidots seemed to be our right choice for that. In our project case, the use of Ubidots as an IoT platform had the main purpose of visualizing the data received from our people counter. The visualizations are in form of real-time dashboards, in other words, Ubidots would save the data of the number of people recorded by our PIR sensor and visualize it in real-time using values, and graphs enabling us to create better insights.

After wiring up our PIR sensor and the Raspberry PI and configuring it to have it connected to the internet, we moved to the coding part of the RPI in a way to have our sensor count the number of people coming in and out using a python written script. The next steps were to connect our device to Ubidots and run the data. Once the raw data is running successfully in Ubidots, we could add widgets to our dashboard to display the activity in real-time.

Cloud Services are hosted by third-party providers who deliver them as an online service to customers and companies on demand. It gives the users flexibility, can increase their productivity, and often lower the total cost. The main general challenges and risks of using cloud services are data security and privacy. It is important to implement additional security measures when using cloud services to ensure the security and safety of the data.

In our project we created an Ubidots account with STEM licence. It is limited to non-commercial use only and meant for IoT research and personal use. It allowed us to connect our device to Ubidots and create dashboards. STEM license comes with limited data ingestion and extraction. Data retention is only 1 month and there is no support provided for STEM accounts from Ubidots. All STEM users share the same server resources so the speed and reliability is based on the total requests at any given second. 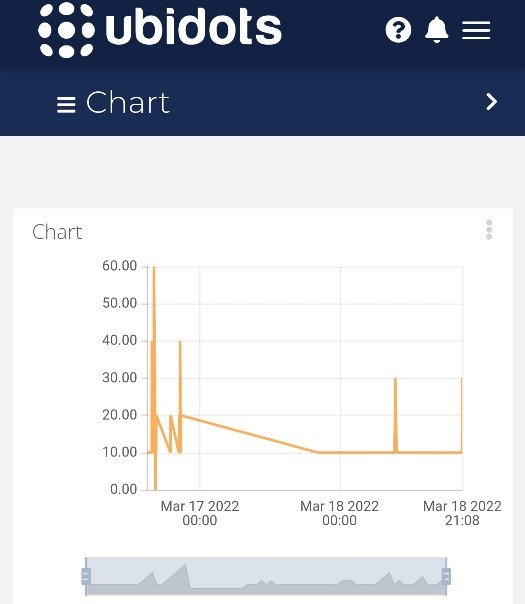 Our end users are small business owners and supervisors who are working at small businesses. We used Uizard as a prototyping tool to create our user interface application which we titled “CountIn”. The idea of the application is that our end-user can exploit it for installing their IoT device, monitor the data, and get insights from the data by viewing the real-time dashboards. The “Countln” application prototype was designed while taking into consideration our end user’s perspective and requirements. One of the main user requirements was that the application is easy to use for the user. 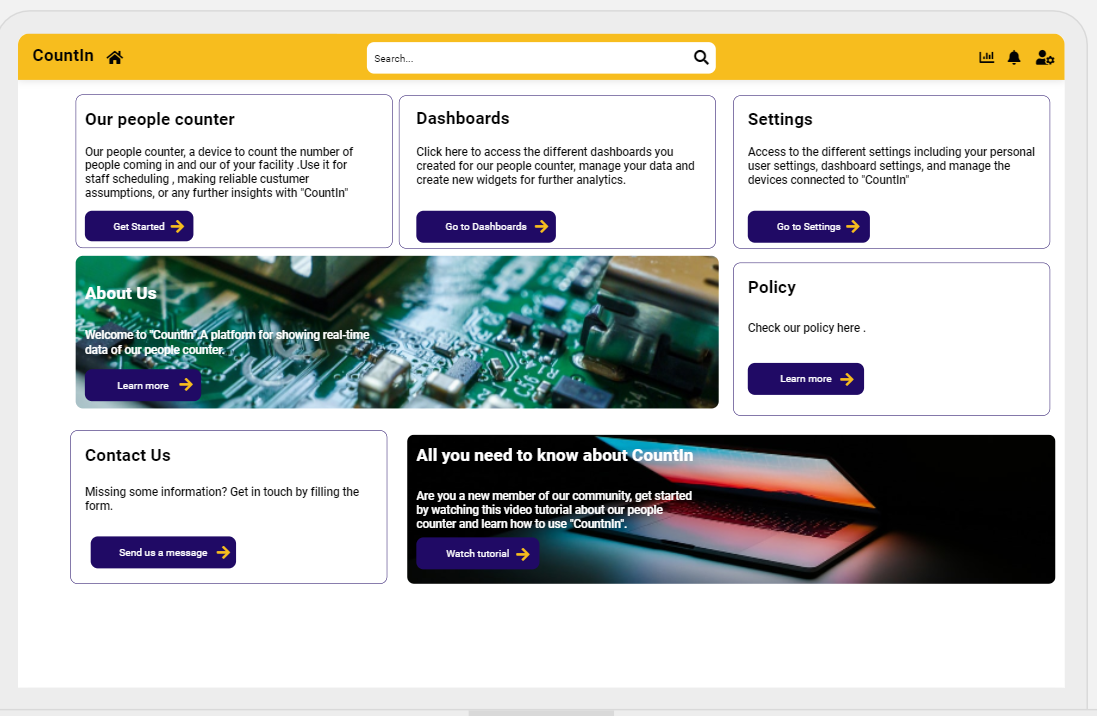 Biospace engineering office has succeeded in making a people counter device with an IoT platform prototype that goes with it. Although the different risks within cloud services, as well as other limitations such us the limited data digestion and extraction, we could make a working device that will be of great addition to SMBs and help them exploit the people counter data to improve their business and increase the costumers’ satisfactions.